The Nuclear Crisis:
Cold War Cultures and the Politics of Peace and Security, 1975-1990

On December 12, 1979, the North Atlantic Treaty Organization (NATO) passed the so-called Double-Track Decision: If case arms control negotiations with the Soviet Union were to fail, the West would station intermediate nuclear forces to provide a counterweight to the new Soviet SS-20 missiles.

This momentous decision, alongside the almost simultaneous Soviet invasion of Afghanistan, directly affected international politics as well as domestic developments in Europe and North America, as the world moved from an era of détente to a newly heightened East-West confrontation.

Interpreting the “nuclear crisis” of the late 1970s and early 1980s as a phenomenon in which a variety of military, political, and cultural transformations converged, our research project explores the discourse about atomic energy and weapons during the final decades of the Cold War from three distinct but interrelated angles:

1) Cultural Representations of the Nuclear Threat
It looks at manifestations of the nuclear threat in popular culture (music, film, novels) as well as in “high art,” embedding them in larger transformational processes in the media landscape and new forms of political communication (e.g., the “pop”-ularization of politics).

2) Changes in the Sociopolitical and Economic Spheres
It investigates the nuclear crisis as an interrelated discourse that is both an expression and catalyst of structural transformations of the sociopolitical and economic sectors during the 1970/80s, such as shifting value systems (e.g., postmodernism, -industrialization, -materialism) and the transition from Keynesian global control to the liberalization of society and to economic and social policies that were critical of the role of government.

3) Transatlantic and Global Transformations
It examines the diplomatic, political, and strategic debates surrounding nuclear power and nuclear armaments. “Traditional” actors such as the political, diplomatic, and military elites carried these debates forward as did “anti-establishment” forces and non-state actors on both sides of the Iron Curtain.

By merging an “establishment” perspective with an analysis of protest cultures, this project also transcends the traditional East/West divide in Cold War history and brings non-state actors, intellectual discourses, and culture back into international history. Situating these in an increasingly global debate, the project explores the crisis of détente from the mid-1970s, notions of Atlantic and European “identities,” Soviet politics in Afghanistan and Africa, as well as transnational connections and imaginations based on peace and human rights and their impact on official decision-making.

This research project also encompasses a digital archive, which will gather and preserve materials on this important chapter of contemporary history. It will make these materials available free of charge to scholars and teachers. It will also foster an ever-growing community of scholars, teachers, and students who are engaged in teaching and learning about the nuclear crisis of the 1970s and 1980s.

If you want to share your personal experience by contributing to our oral history collection or in any other way, please do not hesitate to contact us at: mail@nuclearcrisis.org

It is directed by: 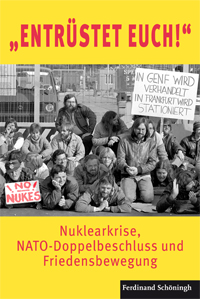 Supported by The Freedom of Expression Foundation, Norway & “The Nuclear Crisis” research project